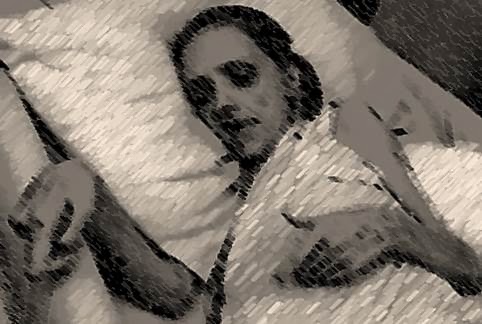 I love a story told by Robert Coleman in his book The Heartbeat of Evangelism concerning an eminent preacher of a past generation, Dr Charles Berry.

In his younger days, Berry had struggled with the concept of the cross and its meaning. When he began his ministry, like many people with humanistic training, he had looked upon Jesus more as a great moral teacher than a divine Saviour. He viewed Christianity as essentially living a good life.

Late one night during his first pastorate in England, while sitting in his study, he heard a knock. Opening the door, he saw a poorly dressed Lancashire girl. “Are you a minister?” she asked. Getting an affirmative answer, she continued anxiously: “You must come with me quickly. I want you to get my mother in.” Imagining that it was the case of some drunken woman out on the streets, Berry said, “Why? Go and get a policeman.” “No,” said the girl, “my mother is dying, and you must come with me to get her in—to heaven.”

The young minister dressed and followed her through the deserted streets for more than a mile. Led into the woman’s room, he knelt down beside her and began describing the kindness of Jesus, explaining that he had come to show us how to live unselfishly. Suddenly the desperate woman cut Berry off. “Mister,” she cried, “that’s no use for the likes of me. I am a sinner. I have lived my life. Can’t you tell me of someone who can have mercy on me, and save my poor soul?"

“I stood there,” said Dr Berry, “in the presence of a dying woman, and I had nothing to tell her. In order to bring something to that dying woman, I leaped back to my mother’s knee, to my cradle faith, and told her of the cross, and the Christ who was able to save.” Tears began running over the cheeks of the eager woman. “Now you are getting at it,” she said. “Now you are helping me.” And the famous preacher, concluding the story, said, “I want you to know that I got her in, and, blessed be God, I got in myself.”

Dick Tripp
Posted by revalbertkang at 3:24 AM No comments: