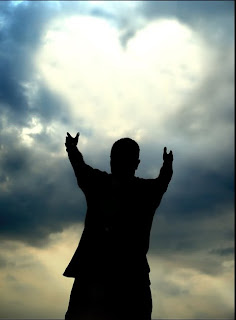 The students were led into the room. Each class, accompanied by their teacher. Then, each group, one by one, rose to perform their song. Those in the front row - center stage - held up large letters, one by one, to spell out the title of the song.
As the class was to sing "C is for Christmas," a child would hold up the letter C. Then, "H is for Happy," and on and on, until each child holding up his portion had presented the complete message, "Christmas Love."
The performance was going smoothly, until suddenly, we noticed her; a small, quiet, girl in the front row holding the letter "M” upside down - totally unaware her letter "M" appeared as a "W".
A hush came over the audience and eyes began to widen.
For when the last letter was held high, the message read loud and clear:
"C H R I S T W A S L O V E"
And I believe He still is.
Posted by revalbertkang at 9:28 PM